This is an infographic created by Tim Challies that explains some of the different heresies that come out of poor explanations of the Trinity. It’s lack of lizards is noted. You may need to click twice to see it at full screen. 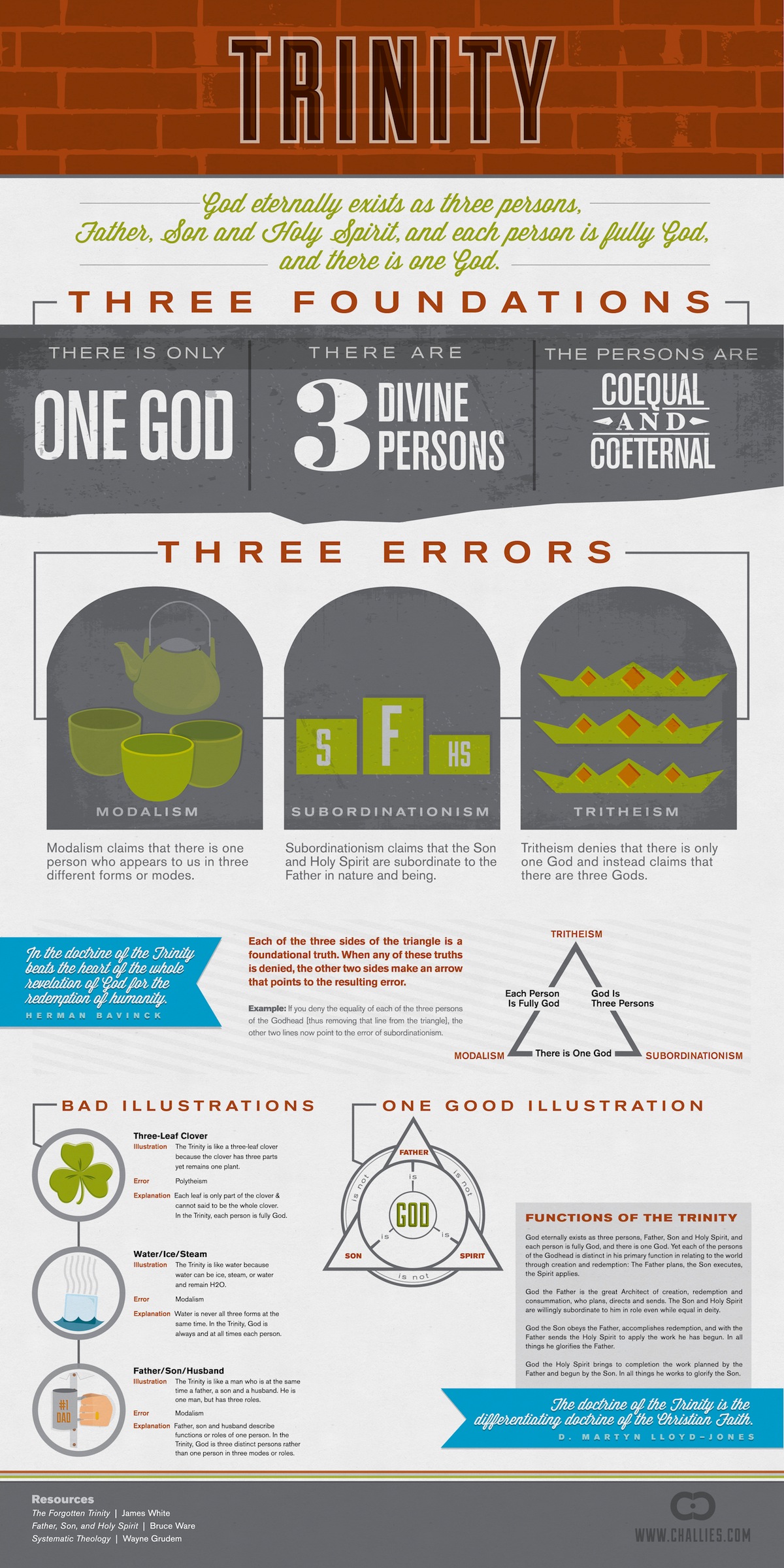